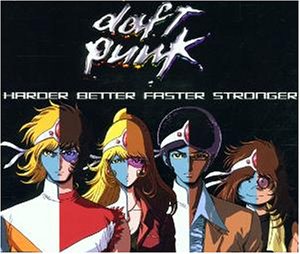 Webcastr.com has obtained a worldwide exclusive music video premiere for the new live Daft Punk video “Harder Better Faster Stronger” from the band’s forthcoming album ‘Alive 2007′ to be released on Virgin Records on November 20. The video was made from a 250 camera shoot by fans at a recent show in Brooklyn and was directed by Olivier Gondry.

Webcastr was in the news recently when it scored the video premiere of the new Britney Spears’ video for “Gimme More” prior to it’s official release. It blew out the companies servers even before it’s official launch.

“This time we are fully prepared for the possible onslaught of viewership from around the world and with the band’s global audience, we fully expect for this to be a great success for the band, Virgin Records and Webcastr,” says founder/CEO Tim Devine.