HTC just unveiled what could have been or to be more appropriate, should have been the Google Nexus One. I mean, if you’ve been looking for some cool features that Google’s phone don’t have, you might find it from HTC Desire. Ironically, this smartphone is so good that HTC is actually competing against its own product which it allowed to be marked with the Google brand.

Anyway, setting aside the allusion to the Nexus One and looking deeper into some known features of the HTC Desire, we’re now looking at a smartphone with the Sense interface, a 3.7-inch AMOLED multitouch Â display with 480×800 pixels, 1Ghz Snapdragon mobile processor, 512MB of ROM, 576MB of RAM, 1400 mAh battery, WiFi, Bluetooth and GPS.

But far more important than all those specs is the fact that this smartphone runs Android 2.1 with HTC Sense and it is compatible withÂ  Flash 10.1. All of these make the phone at par if not slightly better-spec’d than the Nexus One.

Another major difference between the Nexus One and this smartphone is the absence of the useless trackball which is now replaced by a trackpad. We just hope that this serves some purpose when it comes to navigating the phone’s featured options.

The HTC Desire will be released all throughout Europe and Asia in Q2 2010 and it is not yet known when it will start shipping in North America. Check out the official press photo of the HTC Desire after the jump. If you’re using a Nexus One, you will quickly notice the resemblance. 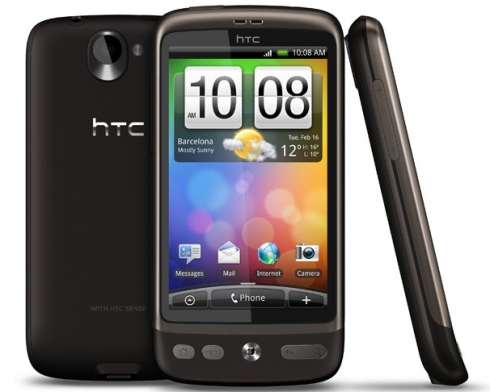