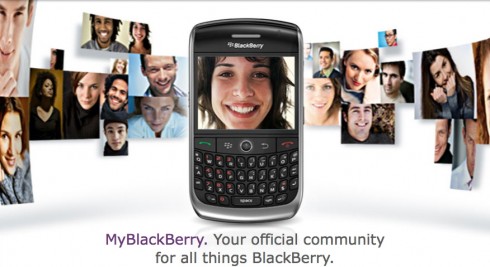 RIM has decided that it’s time to launch a social network for BlackBerry users and dreamers: MyBlackBerry.

Perhaps it’s because the company, while far from abandoning corporate users, is increasingly looking to impress consumers that the move has happened. The company has a large user base but certainly needs to do something fresh to stave off competition from the likes of Apple’s iPhone and other smartphone manufacturers.

Facebook this social network isn’t, but rather it’s designed more as a bulletin board for users to talk (rant) about the various flavors of BlackBerry, set up a personal profile (tailored dependent on which handset you own), and rate and review applications. END_OF_DOCUMENT_TOKEN_TO_BE_REPLACED