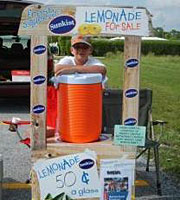 Inc.com is gearing up to run an online contest which will honor the CEOs of the classic summer lemonade stands found across America. The “Best Lemonade Stand in America” contest starts July 9 and runs through Sept. 3.

Children (and their parents) are being encouraged by Inc.com to submit photos of themselves and their lemonade stands along with a short essay describing their “business,” including what motivated them to go into the lemonade trade, what they named their stands, what products they used in their secret recipe, and how much money they made in a single weekend. Each week a lemonade stand will be chosen as a stand of the week and its photo will be featured on the contest’s Web site. 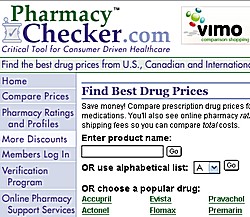 PharmacyChecker.com, a leading Web site helping consumers continually find the lowest priced products from the most qualified and reputable online pharmacies, has analyzed hundreds of thousands of online searches for drug prices and found that drugs for erectile dysfunction (ED) were among those most often checked.

“The amazing popularity of the ED drugs in online searches is probably driven by a combination of factors. First, these are among the most expensive pills to buy – about $10 to $16 each – but are often not covered by insurance, so it’s very worthwhile to price-comparison shop. Second, the anonymity offered by the web spares the embarrassment some men feel going into their local pharmacy to check prices and purchase ED products,” said harmacyChecker.com’s president, Tod Cooperman, MD.

In fact, all three major ED drugs, Viagra (Pfizer), Cialis (Lilly), and Levitra (GSK/Bayer), ranked in the top 10 out of nearly 9,000 medications for which consumers searched.

After drugs for erectile dysfunction, cholesterol-lowering products were the most searched drugs, with Lipitor leading the group as it has since 2004.

Some of the biggest changes in search popularity since last year were seen with Levitra, which moved to 8th position from 26th, Propecia (Merck) a hair- growth drug, which moved up to 7th position from 16th, and Lexapro (Forrest), which moved from 15th to 10th to became the most searched for anti-depressant, replacing Zoloft (Pfizer) which was ranked 6th last year and is now 13th. No generic drug made the top 10, but fluoxetine (the generic form of Prozac) was number 12.

Designed to make the vehicle purchase easier and faster, Mazda North American Operations (MNAO) has launched Mazda Shopping Assistant (MSA) program, the first in the industry to provide potential buyers with an actual quote from the customer’s choice of dealer of the vehicle they’ve chosen, as opposed to other manufacturers’ programs that simply offer the manufacturer’s suggested
retail price (MSRP).

The company believes the MSA program will be a huge hit among its youthful demographic, the second-youngest in the industry.

The MSA program accelerates the purchase process by streamlining three of the steps involved when buying a vehicle — model selection, price and financing. It connects consumers with Mazda Personal Shoppers who can answer specific product questions and provide personalized shopping experiences through live Web-chat sessions. Through the help of these in-house Mazda employees, buyers can configure a vehicle, select a dealership, search vehicle inventory, acquire an actual dealer quote, schedule a sales appointment and get information about financing for the Mazda vehicle of their dreams.

“On average, a typical car buyer spends four hours at most dealerships buying a new car. In a day and age when every hour counts in our busy schedules, we believe the new MSA program is
the perfect tool to help Mazda customers spend less time shopping and more time driving,” says Mike Ray, director, Customer Satisfaction and Loyalty, MNAO.

“Travelers should know that the joy of a summer getaway doesn’t need to be overshadowed by the stress and expense involved with planning a trip,” said Travel expert Clem Bason. “Flexibility is the key, and a tiny change in plans can lead to big vacation savings.”

If you are interested with other travel news, read our recent posts about Top 20 Pet Friendly Summer Vacations of 2007, Expediaâ€™s new service for unmanaged business travelers, and TripAdvisorâ€™s new traveler network. 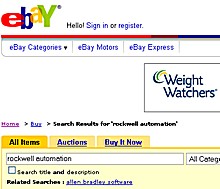 Assistant Attorney General Alice S. Fisher for the Criminal Division and U.S. Attorney Steven M. Biskupic for the Eastern District of Wisconsin announced today that two more defendants pleaded guilty in Milwaukee to charges of criminal copyright infringement as a result of their selling counterfeit software on eBay.

Robert Koster of Jonesboro and Yutaka Yamamoto pleaded guilty to selling counterfeit Rockwell Automation computer software over the Internet. The software sold by the two defendants had a combined retail value of almost $6 million. Each defendant faces up to five years in prison, a fine of $250,000, and three years of supervised release.

These pleas bring the total number of felony convictions involving the eBay auction sales of counterfeit Rockwell Automation software to nine. In addition to six pleas in Wisconsin, there have been two convictions in the Eastern District of Michigan and another in the Southern District of Indiana. The combined retail value of the counterfeit software in all nine prosecutions is approximately $30 million.

Online auction sales of counterfeit and pirated goods have increased exponentially in recent years, causing significant losses to the copyright and trademark industries. The Department of Justice’s initiative to combat online auction piracy is just one of several steps being undertaken to address these losses and hold responsible those defendants engaged in criminal copyright infringement.