How does web page loading speed of 2700 frames-per-second sound to you? If you don’t think its fast enough, I don’t know what else is. Â That’s actually the speed that Â the new Google Chrome Beta Release promises to give. And while the Google Chrome folks are still busy preparing the results of their speed test you might want to start downloading the new release now, either for your Linux, Windows or Mac machines.

And to encourage you some more, the Official Chrome blog tells us:

Todayâ€™s new beta release incorporates one of Chromeâ€™s most significant speed and performance increases to date, with 30% and 35% improvement on theÂ V8 andÂ SunSpiderbenchmarks over the previous betaÂ channel release. In fact, looking back in time, Chromeâ€™s performance has improved by as much as 213% and 305% on these two benchmarks since our very first beta.

If browser speed is not really a big thing for you, Google Chrome Beta’s new features might entice you to get the browser. This new release offers not only bookmark synching capability also browser preferences such as themes, homepage and startup settings, web content settings and language. This means that you don’t have to do all those stuff again in all your installation of Google Chrome on various machines.

For current Chrome users, if you loved Chrome extensions and Incognito mode, well you can now use extensions while in the said browser mode.

If you haven’t switched to Google Chrome yet or if you’re still using IE, now is the best time to join the world. Grab the new Chrome Beta Release now. 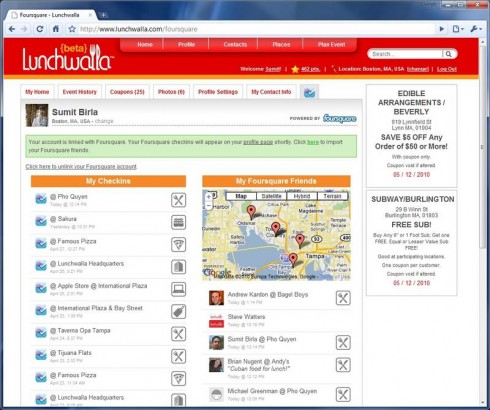 For awhile I thought Lunchwalla which we featured not so long ago was related to Gowalla. So, It was quite surprising to know that the site which lets you organize everyday social events like breakfast, lunch, dinner, movies and more has integrated with Foursquare. So this means that aside from voting in on what to do, you can now check-in when you get to the events you helped organized.

If you’re a regular Foursquare user and have also used Lunchwalla before, this integration would complement each other now. Meaning, all the check-ins you make on the events you organized or helped organized through Lunchwalla will be counted to your quest for mayorship of the place where the event was held. This is in addition to the fact that your check-in appears on your Foursquare profile which you can also display as an update to your Facebook profile. It’s like hitting three social networking sites with one check-in.

Best of all, if you’ve got hooked into Lunchwalla since we’ve featured it on this blog, you must be earning Lunchwalla points right now. Â Of course, you still remember that those Lunchwalla points can earn you some schwags from participating merchants, right?

And while we’re at it, the Foursquare – Lunchwalla integration also lets you import your Foursquare friends into your Lunchwalla contacts list. So, planning events and coordinating them with your friends is now easier.

Incidentally, Lunchwalla is holding a gig right now which might earn you free tickets to see Iron Man 2. So, if you haven’t checked Lunchwalla yet, this gig might entice you to start using Lunchwalla.

Opera’s latest State of the Mobile Web Report is showing some pretty interesting results for iPhone usage and global mobile handset trends. According to the report, the iPhone is now the third most used handset used by Opera Mini users worldwide. Even more interesting is the fact that the other top 20 mobile phones are either Nokia or Sony Ericsson phones.

Some pretty impressive stats for Opera Mini, right? Have you downloaded the latest version of Opera Mini on your mobile phone? Â What is your phone’s mobile web browser if not Opera Mini?

Place Pages for Mobile offer the same detailed information about different places you see on Google Maps, whenever available. Â But this time, the display tab is optimized for mobile phone’s smaller screen estate.

The mobile service would be more useful if you’re out somewhere and you want to search for speficic information about a particular place – its exact location, customer ratings, opening hours as well as reviews from people who have gone to the said place. This will save you time and the trouble of checking out a place without knowing what you might encounter there.

Place Pages also gives you links to useful websites as well as a full screen dynamic map that you can pan and zoom, giving you a clearer picture of a place’s exact location.

Place Pages is currently optimized for Android phones and iPhones/iPod Touches in the U.S. 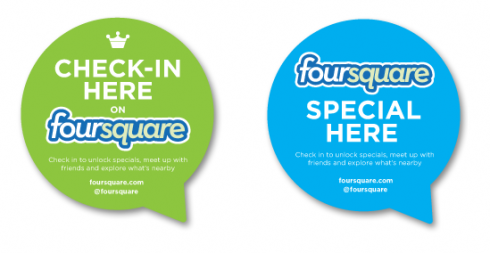 Don’t look now folks, but pretty soon, Â your favorite restaurants and other business establishments might soon be offering various discounts, freebies and other promotional gigs in cooperation with Foursquare. Yes Foursquare, you it right? Â This is because Foursquare has just launched a business strategy that encourages establishment owners to use its service to engage mobile customers with specials and give them the ability to track how their venues is performing over time – through venue analytics.

What’s cool about this is that Foursquare has mobile apps in three major mobile platforms – Android, iPhone and BlackBerry. And Foursquare can use this mobile apps to send notices to potential customers nearby to possibly invite them to check out your Foursquare promotional gigs.

To use Foursquare’s business tools, all you need to do is claim your venue. Once you’ve done that you can have access to various Foursquare venue analytics tools that will let you view:

So, what are you waiting for? Get into Foursquare and claim your venue now before somebody else takes it.