Fans of outdoor television shows now have a new place to turn online for their hunting and fishing programming fix. MyOutdoorTV.com announced its official launch today with a current streaming stable of over 70 titles.

Other specific features of MyOutdoorTV.com include a search feature for finding videos by name or keyword, state level information which organizes videos from each region as well as links to state level wildlife agencies and an outdoor wiki of viewer-created tips and information. 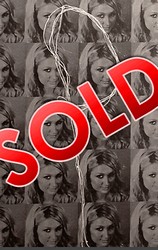 If you think the idea of buying Paris Hiltonâ€™s piece of floss smudged with pink lipstick is simply stupid, why not ask Richard Rowe, CEO of online casino GoldenPalace.com.

According to HollywoodStarTrash.com, sellers of the floss, the trash founded outside Paris Hilton’s Hollywood home was put up for auction and it was snatched up for $1000 by GoldenPalace. This is the same company that purchased interesting items such as William Shatner’s kidney stone and Britney Spears’ pregnancy test, to name a few.

Next in line are John Travoltaâ€™s 12 empty packets of very expensive beef and a fork in a collectible box. Rowe hinted there was interest in this trash

“We’re all fans of Travolta, and who knows, if there is some beef in the packets, we could eat it and then use Paris Hilton’s thousand dollar floss,” said Rowe. 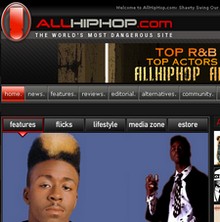 AllHipHop.com, the #1 online destination for Hip- Hop news, reviews and industry insights, re-launches a new lifestyle site and expands into global territories. From a “one stop shop” for everything hip-hop, this popular site wants to be known as the premiere urban lifestyle experience on the Web.

The new AllHipHop builds around the lifestyle of urban culture and breaks barriers by creating partnerships with Amazon.com and iTunes to create a virtual E-Store. It also announces deals with additional digital firms including an advertising alliance with Opt-Intelligence and will expand its mobile reach via a strategic “mobile store front” with Thumbplay.

“The latest version of AllHipHop serves as a vessel to carry the company into the next stage of the internet allowing us to navigate through advances in technology. We have successfully built a brand that has transcended the changes in several industries, all the while allowing us to strengthen our base with the consumer,” said co-founder Chuck “Jigsaw” Creekmur.

“We are excited to launch the National Lampoon channel on Joost, as our partnership with this new and innovative service provides another destination for our fans worldwide to interact with our programming,” said Daniel Laikin, National Lampoonâ€™s Chief Executive Officer. “We increasingly have found that more and more of our fans reach us through the Internet, and providing a premier viewing destination like Joost with our content is a natural way for us to extend the reach of our brand.”

King.com, the world’s largest skill games site, and digital entertainment services provider RealNetworks, announced that both companies have entered into an exclusive, multi-year partnership that will integrate gaming content across the companies’ gaming portals. As part of this worldwide syndication agreement, King.com will be the exclusive provider of skill games for Real’s global audience of more than 40 million monthly unique game players at RealArcade.com, GameHouse.com and Zylom.com. Real will also be the exclusive provider of online and downloadable casual games for King.com’s worldwide audience.

For the first time, Real’s game players will have direct access to King.com’s skill games on RealArcade. Skill-based games allow players to compete head-to-head with one another via the Internet for small stakes. King.com offers more than 60 skill-based games and is available in eight languages and seven currencies.

“Offering King.com’s skill games to our millions of users is a natural step to give our global audience more choice in online gaming entertainment,” said Charles S. Merrin, vice president of North American Games. “Additionally, securing increased distribution of RealArcade through King.com further increases our reach and the overall value of our publishing business for game developers.”