The Nielsen Company will measure U.S. consumer preferences of the 2008 Super Bowl ads from its first social network platform HeyNielsen.com, a site geared to highly engaged entertainment enthusiasts. Hundreds of consumers from the volunteer panel will rate the 2008 Super Bowl ads in real-time using a proprietary HeyNielsen.com ratings and review scale. In addition, Nielsen will measure the degree to which other site members validate or agree with the posted reviews.

Burst Media announced results of a survey about the ongoing writersâ€™ strike and the near-term media implications. The survey, completed in the third week of January 2008, asked 1,600 web users over the age of 18 years how their television viewing habits might change given a TV schedule impacted by the writersâ€™ strike.

In the absence of new programming the Internet is an entertainment alternative many will consider. In fact, two-fifths of respondents (39.6%) expect to use the Internet more for entertainment purposes if their favorite TV shows are shown only in reruns.

Online video is also a tempting source of entertainment with one-quarter (25.6%) of respondents saying they will probably watch more online video as the strike continues to impact programming.

Web analytics company Compete has released the biggest winners and losers among the top 1,000 sites last year, in terms of monthly visits. Because it is rather tedious to read all the 1,000 sites, the table below shows the top 20 moving sites of 2007.

Moreover, Compete pinpoints several trends observed during the analysis. As expected, social networking sites have not reached its saturation point. Simply translated, there is still room for other startups to succeed in this market. The key is finding a profitable niche to focus on. In a way it mirrors the study conducted by Experian about the Impact of Social Networking in the UK.

Free remains and will remain the name of the game as evidenced by the success of fastest growing online dating startups datehookup.com and Iamfreetonight.com in the already crowded market. Waiving membership fees, they exist through advertising revenues. 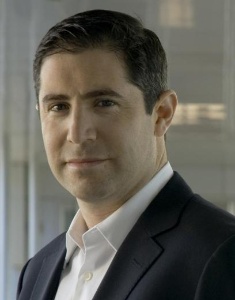 According to results released from Attributor Corporation, the image of Megan Fox from Maxim magazineâ€™s â€œ2007 Hot 100â€ list is the most popular across the web. Despite her official ranking of 18 on Maximâ€™s Hot 100, web users unofficially placed her at number one.

The image of Fox published in Maximâ€™s list was the most copied web-wide, compared against all of the images of women published in both the Maxim list and FHM magazineâ€™s â€œ100 Sexiest Women 2007.â€ The viral appeal of Foxâ€™s image propelled it throughout the web, appearing many more times than images of list-toppers Lindsay Lohan (officially ranked number one by Maxim) and Jessica Alba (officially ranked number one by FHM). The hottest image features Megan Fox in a scene from the Transformers movie and Attributorâ€™s platform found both exact copies and dramatically altered images, such as one with a cartoon quote bubble obscuring Foxâ€™s face.

According to Attributor, images of the official winners, Alba and Lohan, were also popular across the Web with respective rankings of two and five. The Attributor Top Ten Hottest Images of 2007 list, in order of image popularity: 1. Megan Fox, 2. Jessica Alba, 3. Rihanna, 4. Halle Barry, 5. Lindsay Lohan, 6. Eva Mendes, 7. Angelina Jolie, 8. Jessica Simpson, 9. Christina Aguilera, 10. Uma Thurman. The study ranks female celebrity images from FHM and Maximâ€™s sexiest women lists of 2007 in terms of how frequently they were copied across the web using Attributorâ€™s image monitoring platform.

comScore released an update of holiday season e-commerce spending for the first 57 days of the 2007 holiday season (November 1 – December 27). Nearly $28 billion has been spent online during the season-to-date, marking a 19-percent gain versus the corresponding days last year.

“Even as the holiday shopping season winds down after Christmas, we continue to see some relatively strong online spending days,” said comScore Chairman Gian Fulgoni. “For example, the day after Christmas saw online sales of $545 million, more than double the sales on the same day last year. This would appear to indicate that consumers were willing, and able, to take advantage of the attractive late-season promotions and price discounts offered by retailers this year.”

Another means of gauging the strength of online holiday spending is to examine the period between Thanksgiving and Christmas, which represents the core of the holiday shopping season. This year, there were 32-days between Thanksgiving and Christmas, compared to 31-days last year. During this period in 2007, online sales grew by 21 percent versus year ago, a full 2 percentage points higher than the overall holiday season-to-date growth rate.