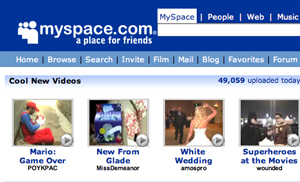 Now is the time for social networks to fulfill the promise of social network marketing by showing that the key concept of marketing “one-to-one-to-many” provides real results, says eMarketer’s report “Social Network Marketing: Where to Next?” A study sponsored by MySpace, issued in April 2007, begins to fulfill that need, but more is required.

MySpace, still the largest player by far, is estimated to generate $525 million in the US this year. Facebook is expected to generate $125 million and both should continue to see healthy revenue increases. Combined, the two account for 72% of US social network ad spending in 2007 and 75% in 2008.

“But issues are beginning to surface,” says Debra Aho Williamson, senior analyst and author of the report. “Is there enough interest among consumers to support so many ventures? Does every company need a social network? Indubitably, many of the hundreds of social networking ventures pouring into the market will not survive.”

MySpace China introduced itself as a “locally owned, operated, and managed company” in which News Corp. was only one among several investors. Other investors include International Data Group and China Broadband Capital Partners, the investment company of former China Netcom Group Corp. chief executive Edward Tian.

“Based on the MySpace global brand and technology platform, we will develop products and features that are tailored to today’s Chinese citizens,” said MySpace China CEO Luo Chuan, a former Microsoft executive.

The MySpace China community is still in its test stage, adapted from the US version, but will gradually be developed to meet the needs of Chinese users, the company said in a statement.

MySpace announced at the Billboard Latin American Music Conference the beta launch of MySpace en EspaÃ±ol, a new Spanish-language version for U.S. based Hispanics. MySpace also revealed a new pan-regional site in Spanish for Latin American residents as well as further development plans for localized communities in Mexico and Brazil.

â€œWeâ€™re moving rapidly to build communities that reflect and respect the lifestyles of our diverse members,â€ said Travis Katz, Senior Vice President and General Manager of MySpace International. â€œMySpace en EspaÃ±ol opens the community even wider, giving our Hispanic members the choice to share their experiences, connect with family members, and plan their social lives in either Spanish or English. We look forward to getting their feedback as we build out these new cultural communities.â€

The company also announced today a beta version of MySpace LatinoamÃ©rica, a pan-regional site in Spanish for Latin American users. More than 150 million residents from across Latin America will be able to access MySpace in Spanish through the new localized community. Across Latin America, MySpace will be working with local teams to develop relevant programming and unique partnerships most relevant for each countryâ€™s user base. 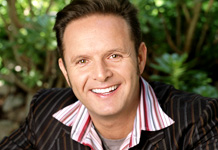 “Through this new network television series and the partnership of MySpace, we’re going to discover in a big way, what America really thinks, and bring to light the issues that are closest to those who now finally have a chance to be heard,” said Mark Burnett. END_OF_DOCUMENT_TOKEN_TO_BE_REPLACED

MySpace today launched its beta version of MySpace News. The new service lets its users determine what items other members see, basically just like how things are done in Digg and Netscape.

Here’s the added feature: MySpace will also scan thousands of Web journals and news sites and group results by categories such as sports and politics. As part of the service, MySpace will pull and display headlines from the outside news sites, a practice that contributed to legal challenges against Google. The search engine leader recently reached a settlement with Agence France-Presse and earlier with The Associated Press.