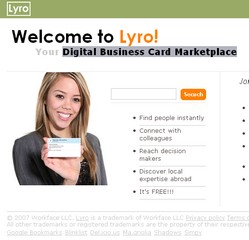 To date, there are about 100,000 digital business cards stored in Lyro, a trivial number compared to more than 66 million US professionals and another 130 million worldwide. Nevertheless, the number is a strong indicator of user acceptance given the short existence of the company.

One of the truly novel features of Lyro is control. The internet is saturated with publicly available data on just about everybody, but little if any of this information is manageable at the individual level. Lyro acts as a trusted resource for information that was created and published by the user.

â€œThe one common denominator of Lyro is our endless desire to get other people to find out more about you and connect with you one-on-one,â€ said founder Lief Larson. â€œAs part of our commitment to our users, we are continuously pushing ourselves to find ways to cut through the digital noise and attract attention on your behalf.â€ 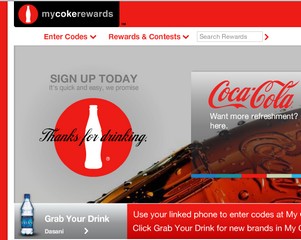 The Center for Digital Democracy (CDD), a consumer watchdog dedicated to preserving the openness and diversity of the Internet, has issued an open letter to Federal Trade Commission (FTC) to investigate youth-targeted marketing initiatives implemented by leading food and beverage companies.

According the groupâ€™s new report titled â€œInteractive Food & Beverage Marketing: Targeting Children and Youth in the Digital Ageâ€, several online marketing efforts by these food and beverage companies contributed to the growing obesity in US.

The new report will also be delivered today to Congress and at the Federal Communications Commission. 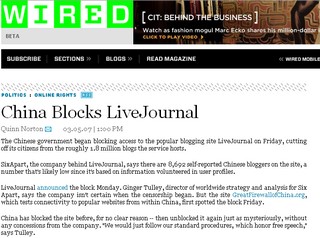 However, the study did not observe the effectiveness of these blocking efforts. Additionally, it did not cover countries like US, Western Europe, North Korea, and Cuba.

Conversely, researchers discovered there is no filtering in Russia, Israel, and Palestinian territories notwithstanding the political tension surrounding these countries. 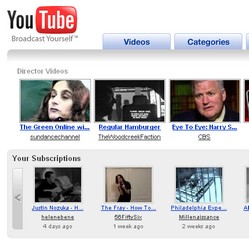 YouTube co-founders Chad Hurley and Steve Chen are unfazed despite several setbacks in the form of media’s recent legal and competitive challenges.

Although the Internet video pioneer is silent in last few months, they are very much active and keenly focused on developing different tools to police violation of copyrights.

Nevertheless, YouTube believes its strength is firmly grounded on amateur, homemade videos. Thatâ€™s why pulling out of professional videos will not completely erode its business.

Also, its much-anticipated new platform for showing video ads is expected to be out in a couple of months. Recently, YouTube is in talks with popular video contributors for revenue-sharing agreements. These initiatives are expected to expand customer base and increase its profitability.

“YouTube is becoming much more than an entertainment destination,” Hurley said, citing the political, news and instructional videos that have poured into YouTube in recent months. “We want to entertain, inform and empower people with video around the world.” 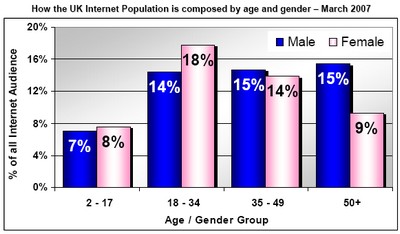 Gone are the days when Internet is the hub of techno-geeks and introverted young men. According to Nielsen NetRatings, net surfing in UK is now a mainstream activity across gender and age.

At this time, Internet usage is evenly divided between men and women – 48.4 percent female and 51.5 percent male. Moreover, men aged 50 and over are the largest male group online.

Whatâ€™s more interesting is that women age 18-34 years old are the single most prevalent demographic group, accounting for 18% of all active online Britons.

â€œThe Internet is no longer dominated by young male adults. Times have changed considerably and many will be very surprised to see that women aged 18-34 are now the most prevalent group online and that a quarter of the online population is at least 50 years of age. Companies who understand this composition when providing services or content through the web or simply advertising online will maximize their chances of success in the Internet of the future,â€ says Nielsen//NetRatings European Internet Analyst, Alex Burmaster.